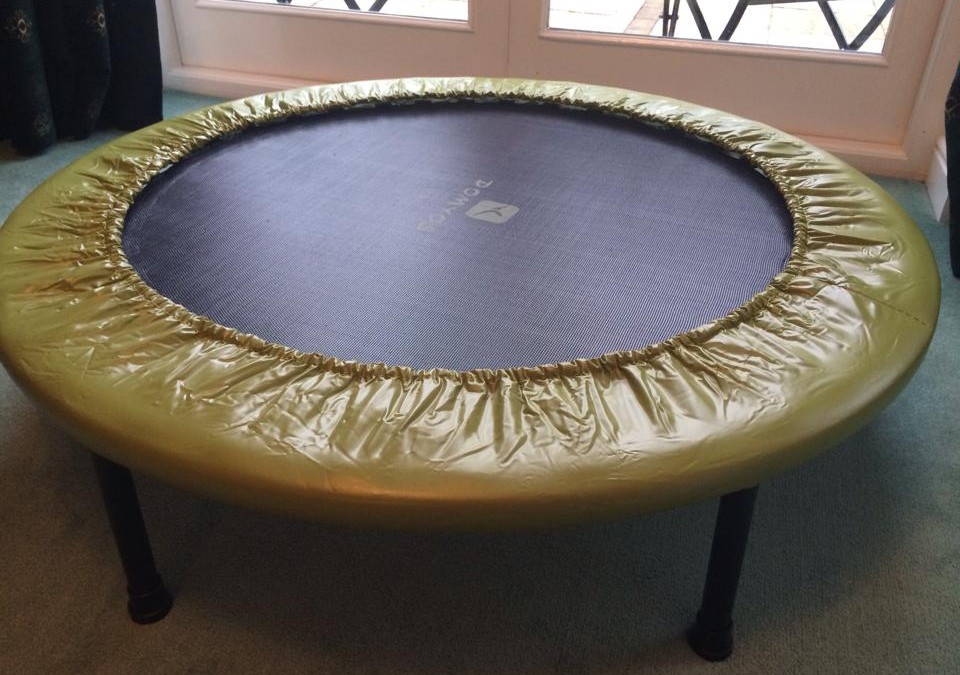 Rebounding:why not!? After attending many cancer groups and talks I’ve been learning about alternative therapies, remedies and exercise regimes…this included rebounding. So, essentially it’s bouncing on a mini trampoline! But the benefits are staggering…here are just two which are great news for me, considering I have less energy and capability to do long sessions running or in the gym everyday!

– 68% more efficient than jogging (NASA, Journal of Applied Physiology 49(5): 881-887)
– Fights fatigue by strengthening the glandular system to increase the capabilities of the thyroid gland, the pituitary gland and the adrenals.

If NASA say it’s good, then that’s good enough for me! 😉

For cancer patients, it is reported that rebounding stimulates the flow of lymph fluid through the lymphatic system, allowing for greater blood flow and this increases the amount of waste and toxins flushed from the body….which can only be a good thing!

So why would you not give it a go! For £40 I bought mine and jump on it most days while watching TV or while waiting for my kettle to boil…anything from 5 – 20 mins a day is beneficial.